Bonding Over 'Bond' at the Movies

If you hurl a martini (shaken, not stirred) into a crowd, would any of it hit a James Bond fan? Probably not. We’re on the fringes, or we may have taken a bathroom break, but we’re there, somewhere.

I identify as a Bond fan, but I’m no expert. I have a 007 theme song collection CD, two Bond Villain watches, and I’m a loyal listener of the “James Bonding” podcast. That’s it. Oh, and current Bond actor Daniel Craig and I are the same age. That must count for something.

Along with culture, family, environment and some other things, our interests help to define us and give each of us our unique identities. Our hobbies, favorite movies, TV shows, book genres, collections, sports… they all stimulate our minds, give us a sense of purpose, and engage us in an activity that’s meaningful to us. And watching the dashing, entirely capable British agent in action is very meaningful to me.

For Bond fans, the culmination of our existence happens every three years or so when a new movie is released. And as the only Bond fan among the bloggers, I was the fortunate pick to attend the advance screening and review the new movie, “Spectre,” for our readers. (Don’t worry, folks, I won’t reveal any spoilers here.) 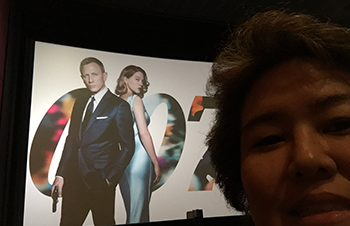 If you’ve ever attended an advance screening, you know that there’s usually a trivia contest that goes on before the movie starts, and you can win T- shirts or other prizes. As my husband and I settled in our seats, I listened to the first few trivia questions, which would have stumped me (I told you I wasn’t an expert). The next few were fairly easy, but I was still hesitant. However, I really wanted a shirt, and my husband kept egging me on to raise my hand. So when the emcee came to our section, I raised my hand and he came toward me with the microphone. What happened next still makes me cringe.

When my brain heard the words “iconic car” and “James Bond,” it went on autopilot, which isn’t always good. To even a non-fan, this could be an easy question. But somehow, through a nasty blend of overconfidence, nerves, and just being me, I smiled and said into the mic, “Alfa Romeo.” It took me a few seconds to take in my husband’s stunned face and the emcee’s thunderous, echoing “No!” By the time my head had cleared, the mic had moved on to the guy next to me, who gave the correct answer and received “my” shirt. Crash. Burn.

In my defense, my answer was a real European car, two words long, starting with an “A.” But that’s where the correctness ended. For those of you who don’t know, the correct answer was “Aston Martin.” And for the duration of the movie, my head kept playing my brain fart to me over and over again.

However, multitasking is one of my many talents, so I was also able to enjoy the movie. The buzz about the newest installment, “Spectre,” had been rife with speculation about the villain, played by Academy Award winner Christoph Waltz, and what connection he has to Bond. Fans were applauding the addition of Italian actress Monica Bellucci to the cast as one of the love interests for Commander Bond (he always has at least two). Bellucci, beautiful at 51 and four years older than Daniel Craig, is the oldest actress to play a “Bond girl” in the movie franchise.

Since it was an advance screening, there were no previews for other upcoming movies. But I did find it curious that the first thing shown was the music video for Sam Smith’s song, “Writing’s on the Wall,” which is the theme song for “Spectre.” Was it just because of the advance screening, or would that happen to all audiences after the official release?

The movie opens with the signature gun barrel sequence. Nice. Then a scene unfolded, followed by the full opening credits with Smith’s haunting song and images of Craig and beautiful, half-silhouetted women.

The rest of the movie played out in true, wonderful 007 fashion, with exciting chase and fight scenes, exotic locales, sweeping background music, and an intriguing plot. Daniel Craig led a great cast. The new-ish MI-6 crew who were introduced one or two movies ago are settling in nicely to their characters. Christoph Waltz does an excellent job as the villain, suitably portrayed as slightly deranged, with a lot of megalomania thrown in. This is not a spoiler, but I will tell you that certain plot puzzle pieces drop along the way that will get many Bond fans excited about what the franchise has in store for future movies.

I like the new direction the movies are taking, starting with the last one, “Skyfall.” I don’t know if it’s intentional, but the plots have a lot more to do with James’ personal history, making him a more “real” character and not just a secret agent who always gets the girl and wins the day.

I do regret leaving the theater without waiting to see if there’s a stinger. A stinger is an extra scene that plays right before, in the middle of, or after the ending credits. Bond movies usually don’t have a stinger, just a statement at the end that says Bond will be back. If anyone sees the movie and stays until the end of the credits, can you tell me if there was a stinger?

This screening, and especially my trivia fiasco, did make me realize one thing, though. Bond fans are out there. They’re your neighbor, your coworker, or the guy sitting next to you at the bus stop. You can’t tell just by looking at them, because they usually keep that special part of them hidden. But that night, many of them were gathered there in that theater with me. 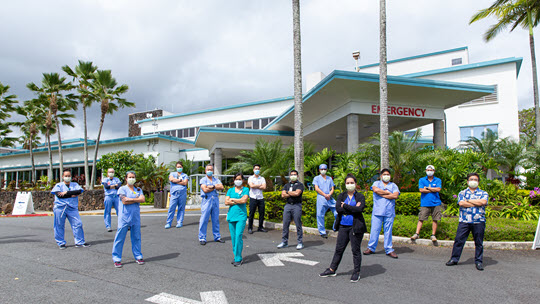 getting care during covid 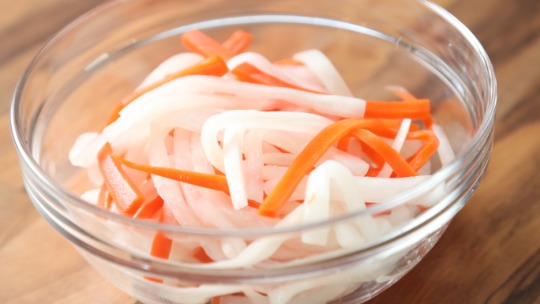