Determination, hard work, discipline, and a lot of fun can go a long way to help you reach the finish line.

That was the right combination for members of the Waikoloa Outrigger Paddling Club on Hawaii Island. A year ago, they decided to enter in the Women 70-Plus and 75-Plus categories at the International Vaa Federation’s World Outrigger Canoe Sprint Championships in Great Britain, which took place in August.

Some of them had never paddled together. Others had never competed in an international race. One crewmember was recovering from a stroke she had nine months earlier that had left her unable to speak and much of her body immobile. But that didn’t stop them from racing in the 500-meter sprint at Lake Dorney, a man-made lake built for the 2012 Olympics outside London. 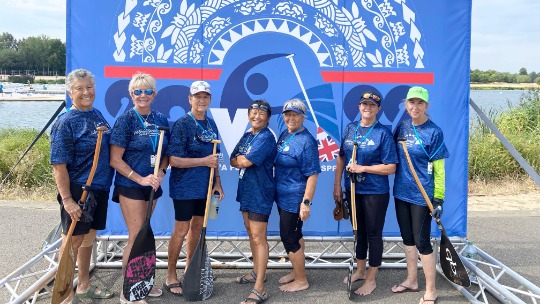 With guidance from coach Jeb Goss, the crew trained for a year, paddling together almost every other morning for about an hour. During the day, they endured a cross training regimen that included running, biking, swimming, and weightlifting. Throughout their training, they sought strength and guidance from the Hawaiian phrase, nana i ke kumu (“look to the source”) and the Waikoloa Foundation’s mantra kumu hou (“renewed purpose”).

“This race attracts the best of the best, so the competition level is pretty high,” says crewmember Gail Quitevis, 72. “Training together helped us push each other’s competitiveness and made it more fun.” 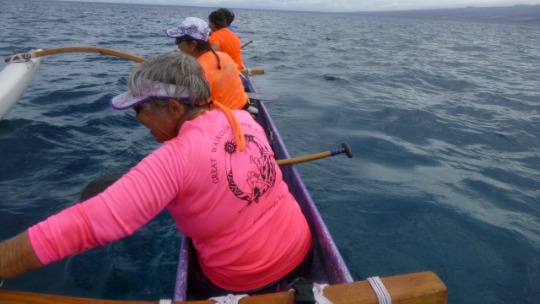 Quitevis has been paddling for 30 years and has competed in the Na Wahine O Ke Kai’s Molokai to Oahu crossing 10 times. But this international race was one of the most memorable.

“It was special because of the camaraderie and friendships we built training and competing together,” she says. “Although we [the 70-age group crew] didn’t medal, we were right there with the other teams. We did well.” The crew members who were additionally competing in the 75-age group brought home gold and silver medals. 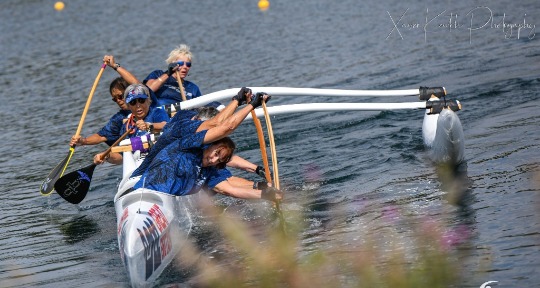 “You can feel the energy when you’re paddling as a team,” she says. “And being on the water is energizing.”

Quitevis says paddling helps her and her teammates feel young and stay in shape.

“After all these years of paddling, I now realize that I don’t need to win anymore. I just need to have fun,” she says.

The crew is hoping to compete in the championship event again when Hilo hosts the races in 2024.