But here we are in the 21st century. I’m all grown up and I know blueberries. They’re a good source of fiber and vitamins C and K, and they’re yummy. And it’s July, which is National Blueberry Month, an especially good time to enjoy fresh blueberries because they’re on sale (not to be confused with “for sale”) at local supermarkets. That makes them even more attractive.

Other than eating them fresh as a snack, I like to get my blueberry boost in baked oatmeal. This version features blueberries, bananas, and walnuts. I make a batch on Sunday, then reheat a portion for breakfast the rest of the week. It’s the perfect breakfast. 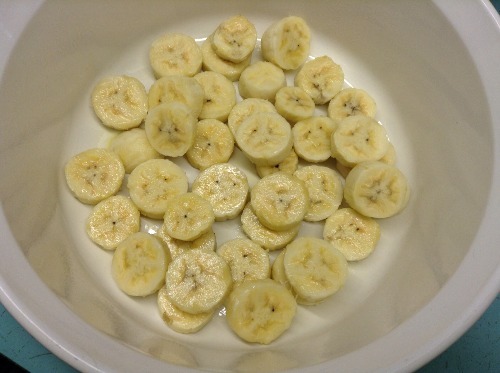 Place banana slices in a baking dish prepared with cooking spray. I used four apple bananas in a 2-quart casserole. 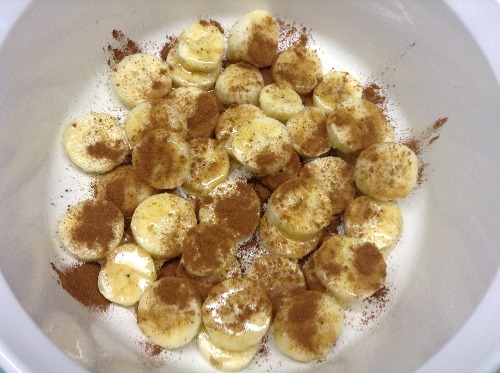 Sprinkle with 1/2 teaspoon cinnamon and 1 tablespoon of the agave. I’m sure you can sprinkle cinnamon more evenly than I did in this photo. 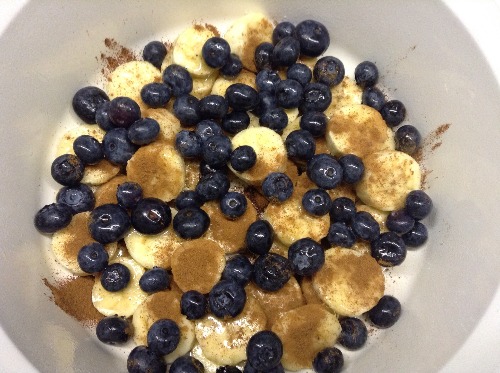 Sprinkle with half the blueberries. This recipe is a good test of your sprinkling skills. Oh, and if you’re using frozen berries, don’t bother to thaw them. 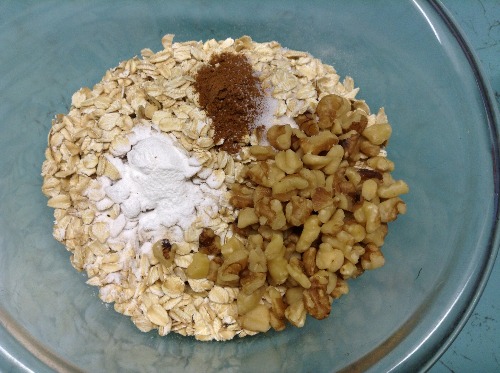 Stir together oats, half of the nuts, baking powder, salt, and remaining cinnamon. Spread over blueberries and bananas. 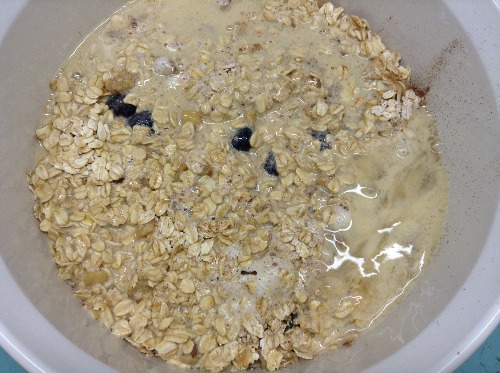 Beat egg in a small bowl. Add milk, vanilla, and remaining agave and mix well. (You don’t need to see a pic of that, do you?) Pour evenly over oats. 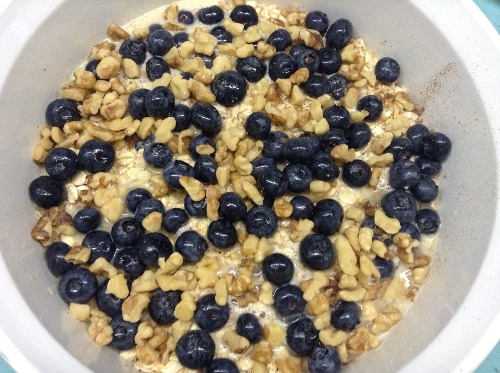 Sprinkle with nuts and remaining blueberries. Bake about 30 minutes. 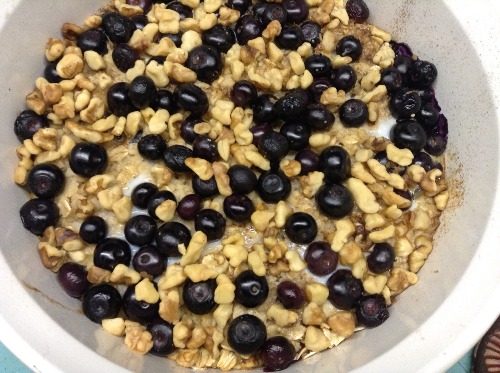 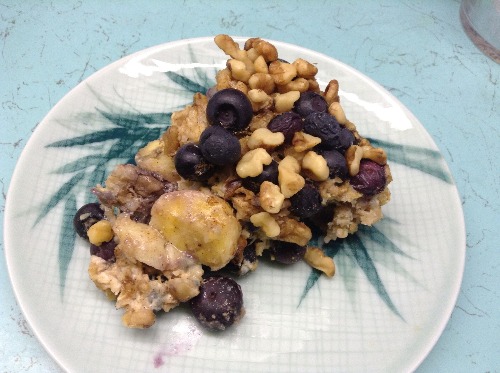 After a little while, you can sort of slice it into six portions. Not exactly neat portions, but portions nevertheless. 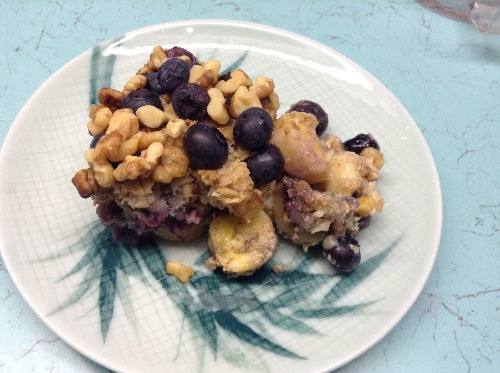 Blueberries, bananas, nuts, and oats. Serve with more agave on the side.

Preheat oven to 375 degrees F. Prepare a 9-inch baking dish with cooking spray. Place banana slices in the bottom of the baking dish. Sprinkle with 1/2 teaspoon of the cinnamon and 1 tablespoon of the agave. Add half of the blueberries. (If you’re using frozen berries, there’s no need to thaw them.) In a medium bowl, stir together oats, half of the walnuts, baking powder, salt, and remaining cinnamon. Sprinkle evenly over blueberries and bananas. In a small bowl, beat the egg, then stir in milk, vanilla, and remaining agave. Pour milk mixture over the oats as evenly as possible. Sprinkle with remaining walnuts and blueberries. Bake about 30 minutes or until the top is golden brown and the oatmeal has set. Makes 6 servings.