Mike knew he was gay since he was in high school. Now a student at the University of Hawaii at Manoa, he says it’s time to come out to his family. It’s a conversation he’s afraid to have.

“I’m financially dependent on them and scared that they’ll cut me off and kick me out,” he says. “It’s one thing to be alone. It’s worse when you’re isolated from your family.”

But Mike is willing to take that risk, saying no one should hide from being who they are. “I don’t want to keep lying to them,” he says. (We changed his name to protect his identity.)

Mike has found a community of support and understanding at UH’s LGBTQ+ Center, where he’s met other students going through similar issues of identity and acceptance. He’s among the more than 25 attendees at Coffee Hour, a weekly informal talk story session on campus for lesbian, gay, bisexual, transgender, and queer (LGBTQ+) students. In addition to the in-person meetups, students can participate in an online group chat.

“They’re like my family,” he says. “We check in with each other to see how we’re doing. Whatever we’re going through, we go through it together.”

For many young people, coming to terms with their sexual and gender identity can add to the already stressful college campus life. The Center provides LGBTQ+ students with support and social interactions so they don’t feel alone and isolated.

“It’s a safe, welcoming place for them to feel that they belong,” says Camaron Miyamoto, the Center’s director. “They can be themselves and make connections, which is an important part of the college experience.”

The Center provides LGBTQ+ students with counseling and connects them to college and community resources. Students participate in social activities like dances, hikes, and volunteer activities. The Center also organizes National Coming Out Day every October on campus and trains UH faculty and staff on gender identity issues.

“Although issues of equality have become more visible, the stigma remains,” Miyamoto says. “It’s still hard for young people to accept themselves and get acceptance from family and friends.”

Miyamoto points to a recent Hawaii Department of Health report showing the prevalence of suicide, mental illness, and drug and alcohol abuse among LGBTQ+ youths who don’t receive support. “This should concern all of Hawaii since the well-being of our young people is so important,” he says.

Accepting yourself and others

UH junior Jungha Kim grew up in a conservative Christian household and attended a Catholic high school. So coming out wasn’t easy. Being part of UH’s LGBTQ+ community has helped him find the courage to come out to family and friends. “It helped me to accept myself,” says Kim. “That’s the first step.”

Kim helps organize Coffee Hour so more LGBTQ+ students can have a place to turn to.

“It’s important to talk about ourselves without fear of judgment,” says Kim. “Having a support system makes a huge difference in having confidence and a positive attitude to feel important and worthy.”

Read a parent’s perspective and tips from a counselor on coming out. Share your coming out story. 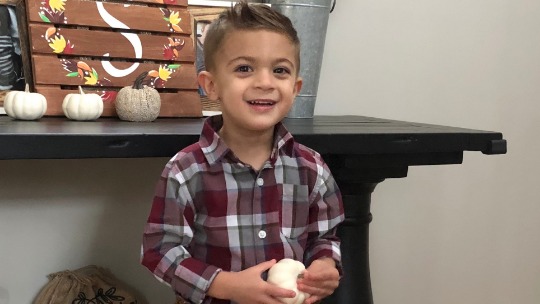