leaders on the rise

There are many heartbreaks that teenagers go through during high school—breaking up with a boyfriend or girlfriend, not being asked to the prom, or losing a championship game. And then there’s the heartbreak of watching a bill you support die in a vote.

“It hurts because you put so much effort into it,” says Krysta Reese, who participates in the YMCA Honolulu Youth & Government program. The program is an opportunity for students to get hands-on experience of the democratic process. They introduce, debate, and vote on bills in a mock three-day legislative session at the state Capitol.

“We often get emotional when we debate issues,” she says. “But it shows what we believe in. We don’t make it personal and, in the end, we remain friends. What happens in chamber stays in chamber.” 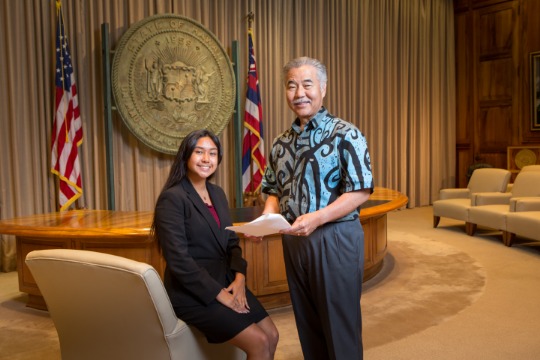 Reese, who’ll be a senior at Mililani High School this fall, will end her last year in the program as the youth governor. She has no intention of one day taking over Gov. David Ige’s job, but being youth governor is teaching her lifelong lessons of civic responsibility.

“This program made me realize that you have to really research the candidates and issues. You can’t just rely on Facebook and Twitter,” she says.

Some people can go their entire life without meeting their elected officials, entering the state Capitol, or even voting in an election. But students in the YMCA of Honolulu Youth & Government program hold elections to choose a governor, speaker of the house, senate president, and other officers in the youth legislature. And they do all of this before reaching the voting age of 18.

“It’s a safe space for young people to know that their opinions are valued and that they can contribute to the conversation,” says Michael Broderick, president and CEO of YMCA of Honolulu. “They learn how to advocate for issues in a dignified, respectful, and civil way. And that’s different from what they often see from elected leaders on TV these days.”

More than just learning the Schoolhouse Rock version of I’m Just a Bill, students learn how to effect change in both themselves and their community.

“It helps affirm the person they are through self-discovery,” says Tiana Maruyama, a youth programs director at YMCA’s Nuuanu branch. Maruyama served as youth governor in 2007. “It allows them to dig into their community to find out its needs. In the process, they discover their passions by standing up for what they believe in.” 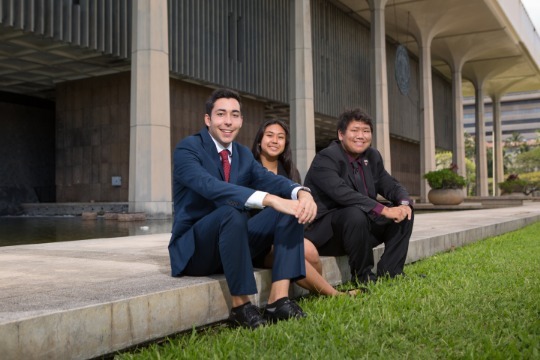 Although the program isn’t intended to groom future politicians, the students learn leadership skills that they can use throughout their life.

“It’s changed my life,” says Zachary Okimoto, who entered the program as a shy seventh grader. Okimoto, who graduated from Kalani High School this spring, served in several elected officer positions during his six years in the program, including speaker of the house. Although he has no plans to be a politician, the program taught him to take a stand for things he believes in. “Now, I’m not afraid to speak my mind,” he says.

Being in the YMCA Youth & Government program helped Christian Leidholm discover the value of community. The Kalaheo High School senior attends Kailua Neighborhood Board meetings to see what people are talking about. He introduced bills in the youth legislature to help solve two hot-button community issues—illegal vacation rentals and drones that fly over homes. “I like getting involved,” he says.

While many high school students would name quarterback Marcus Mariota or actor Jason Momoa as their idols, Leidholm puts Windward Oahu state Rep. Cynthia Thielen high on his list. “She’s an amazing person who really cares for the community,” he says. “She really puts her heart into Kailua.”

Last year, Leidholm joined Thielen and others in a community effort to prevent the demolition of Pali Lanes, a bowling alley that‘s been a fixture and gathering place for generations of Windward O'ahu residents for nearly 60 years. “It shows that anyone can make a difference,” he says.

And if these young people can learn these lessons now, there‘s no telling the difference they’ll make in the future. 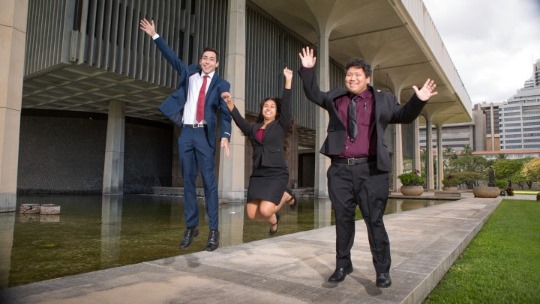 Getting a jumpstart in civic responsibility: Christian Leidholm, Krysta Reese, and Zachary Okimoto outside the state Capitol.

Entering its 70th year, the YMCA Youth & Government program is open to students in grades six to 12. Visit ymcahonolulu.org/youth-and-government for information and an application, which will be available soon. Deadline to apply is December 1. There’s a fee to participate, but the program offers financial aid to eligible applicants.

This year, the YMCA celebrates its 150th birthday in the Islands. More than just a place for physical fitness with exercise classes and swimming lessons, the YMCA offers a variety of activities, including Japanese flower arranging, hula, and martial arts. Visit ymcahonolulu.org to find a location near you.